Can I just say that I love quinoa spaghetti? Its wholewheat PLUS it has quinoa in it adding protien! It also tastes just like normal spaghetti! :D 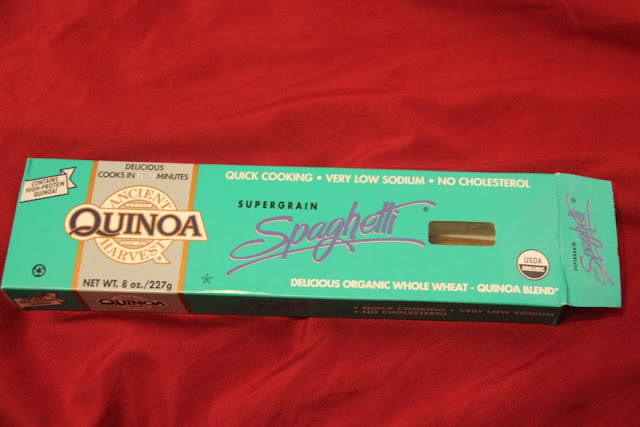 Update on the second detox: It didn't happen. I mostly did it but not 100% especially with Labor day festivities! I guess I just wasn't feeling hardcore/determined enough! I wish I could have considering the great results I had with the first detox!

Hey, at least I've been getting all my gym sessions in, haven't missed one yet :D I mark them on my calendar on evenings Im not in class and go at least four times a week.

I know I'm going to have to sit down and really think about another detox though, to get off this plateau. Especially before the holiday season creeps up on me! Mental preparation is 50% of the battle really. Weddings seem to be good motivators lol. One of my friends is getting married this October and in the past year she has worked out HARD and looks fantastic!!!

I'm not sure if I will use Dr. Ian Smiths Fat Smash or Four Day Diet Detox. I think it will have to be the Four Day Diet.. 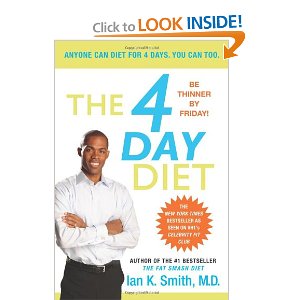 hmmmph....I brought Fat Smash because I already did the Four Day Diet and was kind of bored and ready for something new. But honestly it isnt as good for my body- he lets you eat unlimited fruits and vegetables which sounds good in theory but I can eat way too many yummy fruits etc and do better when its limited like in the Four Day Diet  where he spells it out 'eat four pieces of fruit today'.

Have any of you guys done a healthy detox that you really enjoyed and felt invigorated by?
Posted by Veggie Girl at 9:54 AM